IT Trouble with Exchanges

Is anyone surprised that the Federal Government is having IT trouble with their exchanges and their healthcare.gov? 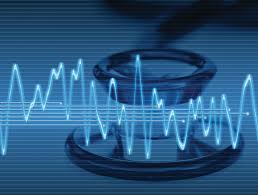 What went wrong depends on who you talk.  For example, Clay Johnson, on his blog titled “How Healthcare.Gov Went Wrong” blames the procurement process.  As an ex-contracting officer I resent some of his implications.  On the other hand, as a certified Government Contractor I agree with most of what he says.  Specially as I see Contracting Officers putting a Statement of Work in proposals that are impossible to complete based on their specifications.  I do not blame them for that as the fault should be coming from Project Managers that may not know their specialty as good as they claim.  However the system is designed to follow certain steps such as:

However, this requirement didn’t go thru these steps.  The contract was never competed and many of the standard steps that our great nation has out into place to ensure we protect the interest of our people were conveniently overlooked.  As Johnson wrote:

“To get the work done, the Department of Health and Human Services used an existing contract it already had with CGI Federal to get the work done. The contract, as they say, was “greased.” So why was it greased? Technically, “greasing” something means reducing its friction. Running a public procurement of this size, and visibility — it would probably take at least 18 months just to get through the procurement process and start the job. The awarded contract would almost assuredly get protested by those who didn’t win, and it would yield to a very public, very political, and probably very bad outcome. So what they did instead, and very rationally, is they opted to take a contract that they already had — one with CGI Federal — and amended that contract to add the Healthcare.gov stuff onto it.”

Which means that $400 million later we increased our debt, used “creative” guidelines to dodge the laws and regulations, and bought a dud that may require a greater investment before it is able to perform the function it was created for.  In my opinion, it may be cheaper and more efficient to throw it away and start over.

Anyway, Sean Gallagher from arstechnica presented another point of view in his article: Why US government IT fails so hard, so often.  Gallagher actually has some good points and one of the key factors he bring s to our attention is that the federal IT programs measures success by things that have nothing to do with how successful they are or by the metrics most of the world uses.  In a world of mathematicians I will simply write that figures don’t lie but liars figure.  In other words, I can make anyone look good and I can prove anything using the right combination of numbers.  So in this case the Government tested the system in measures that didn’t really show if the system would work in a live environment.  The worst thing about it is that they keep manipulating numbers to keep us happy.  For example, the Government has released numbers of how many people tried to or logged into the portal but no numbers have been released in terms of how many people have been able to buy insurance from the same.

Even the New York Times jumped into the bandwagon with their “From the Start, Signs of Trouble at Health Portal”, By Robert Pear, Sharon Lafraniere and Ian Austen, Published: October 12, 2013.  This article was full of useful information which included identification of problems from the start and the denial factor of the current administration.  For example one of the points they presented was the fact that there were a number of problems which were identified right at the start:  “We foresee a train wreck,” an insurance executive working on information technology said in a February interview. “We don’t have the I.T. specifications. The level of angst in health plans is growing by leaps and bounds. The political people in the administration do not understand how far behind they are.”

I can provide more information but at the end of the day the results are the same.  The system doesn’t work, it was known that the system wasn’t going to work as planned before the launch date and even with all of the patches the results will be the same, long time before it works and potentially and unstable platform with on-going issues.