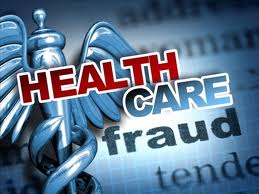 I imagine that I will lose many of my potential readers as they may not know what the False Claims Act (FCA) is.  However the repercussions of this particular law could cost many Healthcare Professionals their licenses and potentially even some time in jail.

The FCA is the law most often used to bring a case against a health care provider for the submission of false claims to a Federal health care program. The False Claims Act prohibits knowingly presenting (or causing to be presented) to the Federal Government a false or fraudulent claim for payment or approval. Additionally, it prohibits knowingly making or using (or causing to be made or used) a false record or statement to get a false or fraudulent claim paid or approved by the Federal Government or its agents, like a carrier, other claims processor, or State Medicaid program.

Under the Affordable Care Act (ACA) or Obama Care for some there are some provisions that make specific behavior fall under the FCA.  For example, ACA makes the failure to return an overpayment a basis for a False Claims Act violation.

As explained by Ms. Sarah Q. Wirskye on her article Expansion of the False Claims Act under the Affordable Care Act at www.physicianspractice.com/blog/expansion-false-claims-act-under-affordable-care-act#sthash.FOhjLylj.dpuf: The Act requires anyone who has received a Medicare or Medicaid overpayment to report and return it and to notify the government for the reason of the overpayment. Generally speaking, the overpayment must be reported and returned within 60 days. The deadline for reporting and returning payments is 60 days from the date on which the overpayment was identified or the date any corresponding cost report is due, if applicable. Notably, the False Claims Act definition of knowledge applies to this provision — so a provider cannot avoid having actual knowledge, and therefore liability, if they act in reckless disregard or deliberate ignorance of the overpayment.

Meaningful Use is another opportunity to see the FCA in action.  Meaningful Use requires that the Covered Entities meet a number of requirements and that the same certify that those requirements have been met prior to receiving any monies.  However the reality is that most people completing this process are unaware of what they are attesting for which then results in a number of violations.  Keep in mind that all is needed is for a covered entity to fail is one measure and the whole attestation becomes faulty.

In other words, if a Covered Entity fails to meet one of the measures then he/she/it must return the incentive money within 60 days of the discovery or risk the full measure of the FCA.  Potentially completing the attestation in error could also results in the FCA been invoked against the Covered Entity.  By the way, improper billing by EHR users is already been looked as an FCA violation.

Currently it is estimated that the Federal Government recoups 20 times the amount of money they invest in investigations.  Patrick Burns, co-executive director of Taxpayers Against Fraud said: “We are on the edge of a new era of incentivized integrity programs.” He added: “It takes a long time to investigate, negotiate and litigate these cases, but I think we will see billions recovered under these programs in the years ahead.”

With that kind of Return On Investment (ROI) I will not be surprised to see businesses using the whistle-blower model to make money.  Of course it will be foolish for the Government not to take advantage of this opportunity to offset their coffers.

Regardless of the wisdom of this course my concerns is towards the Covered Entities which are violating the law by simply trying to take care of too many issues without the proper tools or knowledge.  For example, I have seen too many entities attesting towards meaningful use and yet they are not compliant with HIPAA.  Another major mistake that I see too frequently is believing that their “certified” software will take care of all of the requirements of meaningful use.

I cannot cover all the information and recommendations in this article so I leave you with the following:

We at Taino Consultants Inc have partnered with Uber University to provide training and a Compliance Suite that provides updated Policies and Procedures, Forms, time actions and a number of resources to assist with these legal and compliance challenges.  So if you have questions or want to know more about any specific subject simply contact us and we will be more than happy to assist.