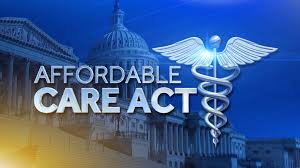 Key Issues: • The ACA requires non-grandfathered health plans to cover certain contraceptives without cost sharing. • Three closely held for-profit businesses challenged the contraceptive mandate on religious grounds. • The Supreme Court held that the mandate violates the RFRA for the closely held businesses because it substantially burdens their exercise of religion. • HHS will likely issue guidance to address how the Court’s ruling should be implemented. Basics of the Mandate The ACA requires non-grandfathered health plans to comply with certain preventive care guidelines for women, effective for plan years beginning on or after Aug. 1, 2012. Under the ACA, employers with group health plans that violate the contraceptive mandate may be subject to an excise tax of $100 per individual per day of noncompliance. Group health plans sponsored by churches, other houses of worship and their affiliated organizations are exempt from the requirement to cover contraceptive services. Supreme Court Ruling The RFRA prohibits the federal government from substantially burdening a person’s exercise of religion, even if the burden comes from a rule of general applicability. If the federal government substantially burdens a person’s exercise of religion, the RFRA entitles the person to an exemption from the rule, unless the government can show that the rule furthers a compelling governmental interest and is the least restrictive means of furthering that interest. The Court held that the closely held for-profit corporations involved in these cases have the right to exercise their religious beliefs under the RFRA.  In addition, the Court ruled that HHS’ contraceptive coverage guidelines substantially burden the companies’ exercise of religion. http://www.supremecourt.gov/opinions/13pdf/13-354_olp1.pdf Note: Excerpt from Brown & Brown Health Care Bulletin.