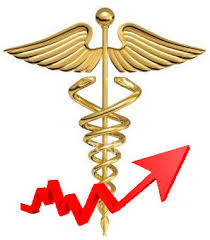 The rumors are true.  Average health insurance rate hikes for Florida is 17.6% for the 2015 year.  There are many reasons for this hike but at the end of the day it should not be a surprise to anyone. Based on an article published by Florida Blue an increase over 10% should not be a surprise to anyone as increases for the under 65 population for the last four years have been over 10% every single year.

If we consider the issue of subsidies in addition to the increase the situation can become quite precarious to Florida’s and the other 36 states that do not have state run exchanges. Side Note: In case you didn’t know the issue is that subsidies can only be paid in states that have set up their own insurance markets, or exchanges.  Therefore anyone relying in these subsidies, present or past, may have to return the money and pay the full price in the future. Final decision has not been made although there are already some lower courts that have made contradictory rulings on this matter.  The case revolves around four words in the Affordable Care Act, which says the tax credits are available to people who enroll through an exchange “established by the state.” The case was presented to the court of appeals where the majority opinion concluded that the law, as written, “unambiguously” restricts subsides to consumers in exchanges established by a state. In other words, the individual mandate will not be affordable and we will be seen more people without insurance.  So be ready to see more concierge and hybrids in the future.