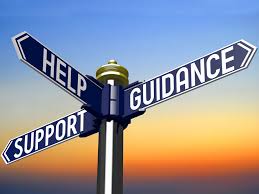 MACRA stands for the Medicare Access and CHIP Re-authorization Act and is the new system that the Center for Medicare and Medicaid Services (CMS) will be using as of January 2017. As with anything new there are facts, updates and rumors so let’s briefly clear out the rumors. Rumor: MACRA implementation will be delayed. Fact: Implementation will not be delayed but Providers will have some flexibility in terms of level of participation during the 2017 calendar year.   Rumor: President elect Trump will override/eliminate MACRA. Fact: MACRA was passed as a full bipartisan effort so there are no indications that this particular change will be part of President Elect Trump’s agenda.   The changes we have been privy of as of the date of this publication are as follows: Provider options:

Do keep in mind that if Providers that fail to report on at least one measure or activity will receive the full 4 percent negative adjustment in their Medicare payments. Exceptions:

There are more details regarding the final rule but for now simply remember that MACRA is not going anywhere.