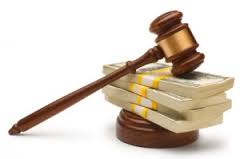 Under the Health Information Technology for Economic and Clinical Health (HITECH) Act Providers and Organizations had the ability to claim a financial incentive for the implementation of electronic health records in their offices. Based on this incentive and the need to use a certified EHR over 125,000 providers selected to use eClinical. Regretfully, as stated in the Department of Justice’s release, eClinical’s product failed to meet the requirements of a certified EHR. While eClinical claims that they didn’t do anything wrong the information released points out several issues such as:

The problem as we see it won’t stop here as any Provider that collected money based on this certification may need to return the same or be prosecuted for submitting false claims. We don’t know what the Federal Government next steps will be but based on the increase in the number of audits we have seen we would strongly recommend that any eClinical user contacts their legal advisor as soon as possible.