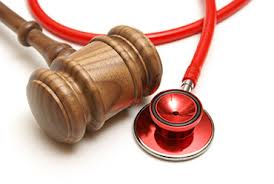 Florida passed Human Trafficking, Chapter 2019-152, Laws of Florida, which establishes new profession requirements including newly required signs, CE/CME, and more. The new law applies to DO, MD, DC, DPM, PT,  Pharm D. and more. Healthcare professionals licensed by these Boards must complete one hour of continuing education (CE) on human trafficking and post a sign about human trafficking in their office by January 1, 2021. The course must be completed by January 1, 2021 and will count towards the required CE for renewal. The bill does not require that this course be taken again for future renewal cycles.

According to Wikipedia Human Trafficking refers to:

“……the trade of humans for the purpose of forced labour, sexual slavery, or commercial sexual exploitation for the trafficker or others.[1][2] This may encompass providing a spouse in the context of forced marriage,[3][4][5] or the extraction of organs or tissues,[6][7] including for surrogacy and ova removal.[8] Human trafficking can occur within a country or trans-nationally. Human trafficking is a crime against the person because of the violation of the victim’s rights of movement through coercion and because of their commercial exploitation.[9] Human trafficking is the trade in people, especially women and children, and does not necessarily involve the movement of the person from one place to another.[10][11]”

(b) The Legislature finds that while many victims of human trafficking are forced to work in prostitution or the sexual entertainment industry, trafficking also occurs in forms of labor exploitation, such as domestic servitude, restaurant work, janitorial work, sweatshop factory work, and migrant agricultural work.

(c) The Legislature finds that traffickers use various techniques to instill fear in victims and to keep them enslaved. Some traffickers keep their victims under lock and key. However, the most frequently used practices are less obvious techniques that include isolating victims from the public and family members; confiscating passports, visas, or other identification documents; using or threatening to use violence toward victims or their families; telling victims that they will be imprisoned or deported for immigration violations if they contact authorities; and controlling the victims’ funds by holding the money ostensibly for safekeeping.

The law requires that all course work must be completed by January 1, 2021 and will count towards the required CE for renewal. The bill does not require that this course be taken again for future renewal cycles.

Each healthcare provider licensed by one of the named Boards must post a sign regarding human trafficking in a conspicuous place accessible to employees by January 1, 2021. The sign must be at least 11 x 15 inches and in at least 32-point type. The sign must contain statutorily required language and be posted in English and Spanish. The Department has also provided Mandarin translations of these signs for use in offices where those languages are spoken. The links below contain signs that meet the statutory requirements when printed at the listed size.